Our Fall Fund Drive will be October 9-15. Click here to donate during our Pre-Drive!

Peak of the Week Thursday at 8pm: James McMurtry – The Horses and the Hounds

Is there a better storyteller in song these days than James McMurtry? His characters and landscapes come to life, in a very different yet similarly successful way that his father Larry McMurtry, the novelist who died this Spring, was able to create. His new (and 10th) album, now on New West Records, features two associates from his first two albums: guitarist David Grissom and engineer Ross Hogarth. “There’s a definite Los Angeles vibe to this record,” McMurtry says. “The ghost of Warren Zevon seems to be stomping around among the guitar tracks. Don’t know how he got in there. He never signed on for work for hire.”

Tags
Peak of the Week

Martin Anderson
Martin is the voice of WNCW weekday mornings from 9 to noon. As WNCW's Music Director, Martin reviews copious amounts of new music and decides what makes the WNCW music rotation. He also books our live in Studio B sessions.
See stories by Martin Anderson 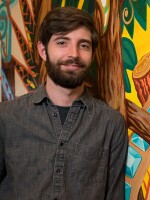 Julian Booker
Julian brings his eclectic tastes and experience in the music and radio industries to Thursday nights as host of Peak of the Week and the WNCW Music Mix, and highlights his love of international music and travel as host of Culture Caravan on Sunday evenings.
See stories by Julian Booker
Give Monthly To WNCW
Sign Up Today!
Top 100 Albums of 2021
See the complete list of Top 100 albums of 2021, as voted on by our listeners and programmers.
SEE THE RESULTS
20/21 Airs Tuesday evenings
Hosted by Kevin Washington, this show explores musical connections between the 20th century and the 21st.
Read more