Attention! If you are having difficulty streaming us, and you are accessing via a bookmarked link, please use the player at the top of this page or click here.
WNCW-FM Podcasts
Podcasts of WNCW Local News, NPR News, On The Way Up, Southern Songs and Stories and more!

Zora Walker (1922-2013) was from the Yellow Branch community of Graham County, North Carolina. She was a wealth of many types of folklore including stories, jokes, children’s games, traditional folk songs and ballads. Zora learned this old ballad (Child #278) from her father, Virgil “Virge” Jenkins, in which a father sends his son on an errand to sell the family cow. On his way he encounters a robber which he tricks for a horse and a saddle full of riches.

From, On the Threshold of a Dream - Susan Pepper (Ballad Records) www.susanpepper.com 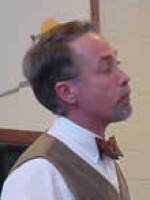 John Fowler
John started as a volunteer radio announcer in the spring of 1995, spinning vinyl and a brand new media, the Compact-Disc. He recalls, “In those days we had, reel-to-reel recorded programs, and guests crowding around the one mic to perform live - all bundled up into a 2 hour live old-time radio show." Now This Old Porch is three hours of top notch programming with up-to-date technology.
See stories by John Fowler
Give Monthly To WNCW
Sign Up Today!
Top 100 Albums of 2021
See the complete list of Top 100 albums of 2021, as voted on by our listeners and programmers.
SEE THE RESULTS
20/21 Airs Tuesday evenings
Hosted by Kevin Washington, this show explores musical connections between the 20th century and the 21st.
Read more