Monday: Esther Rose – How Many Times
Her last album was one of the WNCW’s Programming Staff’s favorite Americana releases of 2019. For this one she recruited Ross Farbre of the new wave synth band Video Age, bringing “a stereo pop glow to these new songs.”

Tuesday: Melissa Carper – Daddy’s Country Gold
Imagine if Billie Holiday were to make an album inspired by Hank Williams, Patsy Cline, Bob Wills and the like. After a wonderful release with Rebecca Patek as the duo Buffalo Gals, we now get to hear a solo release from “Daddy” (so named by her bandmates because she knows how to “take care of ‘bidness”.)

Wednesday: Fretland – Could Have Loved You
This the 2nd album from this Washington state band, bridging folk, indie-rock, and alt-country influences. Featuring the impressive vocals of Hillary Grace Fretland.

Thursday: Jillette Johnson – It’s a Beautiful Day and I Love You
“This chapter of my life has been about quiet, stillness, gratitude, deepening relationships, and not running away,” the Nashville singer/songwriter says. “And this record has a lot to do with learning how to be in one place and how to feel freedom in that.” 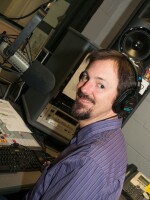