Attention! If you are having difficulty streaming us, and you are accessing via a bookmarked link, please use the player at the top of this page or click here.
More To The Story

WFAE, Public Radio Charlotte, Politics and Government Reporter Steve Harrison was back on WNCW’s More to the Story to talk about a number of his recent stories. This included senate bill 514, how the arts will now receive their funding in the Queen City, and what’s next for former North Carolina Republican Governor and Mayor of Charlotte – Pat McCrory. This conversation originally aired on April 21, 2021.

Tags
More To The Story More to the StoryPodcast 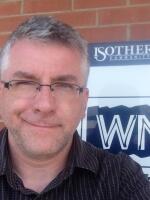