Several of WNCW's hosts and staff were lending a hand and enjoying the very first Earl Scruggs Music Festival held at Tryon International Equestrian Center in Mill Spring, NC September 2-4. Among those were Joe Kendrick and Martin Anderson, who share their experiences in this recap.

Joe Kendrick
"I am pretty sure that my first festival was the very first Lollapalooza, which came years after my first concert experiences, but festivals were not as commonplace back then. If you had told me back in 1991, as I took in Ice-T & Body Count and Siouxsie and the Banshees, that in 31 years I would not only be going to but also helping plan and execute a bluegrass festival, I would have likely looked at you funny. But it happened, and truth be told, the very first Earl Scruggs Festival beats out its Lollapalooza counterpart by a lot.

Exhibit A: talent level. Not to throw shade on Nine Inch Nails or Butthole Surfers, but they can’t hold a candle to Molly Tuttle or Bela Fleck. This is not debatable. But that’s not even the main reason why Earl Fest wins here, which brings us to Exhibit B: atmosphere. Whereas Lollapalooza was a kind of circus, with an actual freak show in the lineup, Scruggs Fest is a kind of big tent filled with freakish talent. From the jazz-meets-metal-meets-bluegrass fusion of Jon Stickley Trio to the country-meets-R&B of Rissi Palmer to the endlessly adaptable Jerry Douglas (who, as festival host, was on stage with anyone and seemingly everyone all weekend), there was simply a stupid amount of chops, inventiveness, and spirit on display.

And that says nothing of the audience, which seems like a good Exhibit C. People were genuinely thrilled to be there and take in some of their longtime favorite artists while discovering some future favorites. The feeling that we were all part of something special, and that we would look back fondly on these moments years later, was palpable.

But the real star of the weekend was Earl Scruggs, whose presence was felt by everyone despite having left us ten years ago. Earl was everywhere – in the songs being played on stage, in the memories of scores of artists playing those songs, and in the minds of everyone attending. It was almost as if Earl Scruggs was right there with us, and in a way he was."

Martin Anderson
"First-time festivals, like any new business or non-profit, are likely to encounter any number of challenges that might render them unable to fully leave the gate, much less make it to the finish line and another run. Not so with this new venture, we’re happy to report. The Tryon International Equestrian Center had all the basic infrastructure needed – but it was in fact far from basic! Impressive buildings, walkways, and open spaces, situated in beautiful Polk County horse country. The stage, sound, and management crews were obviously well-seasoned veterans at not just any music festival, but one centered around both acoustic and electric acts, ready to showcase the top-notch talents of these amazing pickers and singers.

Another standout was the spectrum of artists with respect to the long, wide arc of Earl’s own music career. Here was someone who was not only a cornerstone of traditional bluegrass but who also brought the banjo to contemporary rock and country audiences in his post-Foggy Mountain Boys years. That traditional Flatt & Scruggs style was well represented (in both sound and sight with the impeccable Earls of Leicester!), and you had acts like Leftover Salmon, Acoustic Syndicate, and Molly Tuttle & Golden Highway reflecting Earl’s legacy and trajectory in this, the early 21st Century. Not to mention early influences that no doubt contributed to the genesis of his sound, thanks to multi-instrumentalist/songster/historian Dom Flemons.

The Earl Scruggs Music Festival is poised to be around for many years to come, thanks to this inaugural gathering. We at WNCW plan to be there, and we hope you will, too!" 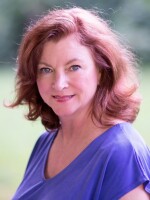 Brenda Craig
Brenda directs the marketing efforts for WNCW, including wncw.org, social media, community events, and volunteer relations. She designs most of the collateral for the station, including t-shirts and swag, "Crowd Around the Mic" artwork, and photographs most of the Studio B live acts.
See stories by Brenda Craig
Give Monthly To WNCW
Sign Up Today!
Top 100 Albums of 2021
See the complete list of Top 100 albums of 2021, as voted on by our listeners and programmers.
SEE THE RESULTS
20/21 Airs Tuesday evenings
Hosted by Kevin Washington, this show explores musical connections between the 20th century and the 21st.
Read more